Say what you want, but the whole alternative/independent comics scene and its affiliation with and connection to the alternative/independent music scene wouldn't exist if not for the initial impetus provided by Love and Rockets. The Hernandez Bothers' grafting of the you-can-do-it-anyway-you-want ethos and class consciousness of punk rock onto the fun-and-fantasy mythos and craft consciousness of comics was the first, best and most important contribution towards a new comics made in the 1980s; a contribution that continues to resonate to this day.  Add to that their fluent and insightful expression of a contemporary Hispanic American identity alongside of a comfortable yet emotionally complex embrace of gay and bisexual characters, both delineated with breathtaking clarity by creators who are as accomplished at drawing as they are at writing and you've basically got a modern American masterpiece.  The emotional core of Love and Rockets, as well as the center of the creative process behind it, is characterization.  No one has ever created comic book characters with the depth of humanity of those that appear in Love and Rockets. Maggie and Hopey, Speedy and Ray, Luba and Chelo, Tonantzin and Pipo, and the seemingly countless others -- even those that may only appear in a panel or two, never to be heard from again -- all seem so real that it is actually possible to believe for those moments that you behold them that Xaime and Beto are simply channeling these characters into our dimension from the Perfect Sphere of True Comics where they live out lives as real as our own, if not (and this is when it gets scary) even more so.

The manifestations of the Love and Rockets Universe in our lowly earthly plane are somewhat sprawling, but by far the most substantial part exists in the initial fifty issue run of the comics magazine, Love and Rockets, published by Fantagraphics from 1982 to 1995.  Only about half of these are currently in print.  However, the entirety of their contents (along with some minor revisions) has been collected in a series of books (twenty-four so far - the first fifteen of which have now been reformatted as seven fabulous low-priced volumes that are an incredible value).  In 2001, Love and Rockets was relaunched in comic book format – technically, volume two – with all new stories by Jaime & Gilbert, along with input from their older brother Mario, who also contributed to the original series, and has produced a smattering of stories for anthology publications over the years.  This second volume ran for twenty issues, before being superceded in 2008 by Love and Rockets: New Stories – technically, volume three – which is a book size annual.  In the interregnum between series, Jaime & Gilberto produced a plethora of work on their own based on ideas that they had harbored while working together on L &R.  The most notable of these are Jaime's Penny Century series which ran for seven issues and Beto's New Love and Luba series.  These too have begun to be collected in the aforementioned series of books, constituting the sixteenth through the twentieth volumes as of this writing. An important caveat to note is that many issues of Love and Rockets deal graphically with themes involving adult sexuality and violence.  While the content in this regard varies greatly from issue to issue, in general the earlier issues -- roughly the first half of the original run, up to #25 or so -- have less graphic content of this nature, while the later issues have more.  As a result, it is our general policy to limit sales to those over 18 years of age.  Should someone younger display a keen interest, we would custom pick appropriate issues depending on age and demonstrated level of maturity as long as that person was accompanied by a parent.  While some individual stories would be fine for all ages, it is probably best to say that, generally speaking, Love and Rockets is not appropriate for anyone under 13.  The Copacetic Comics Company stocks the entire catalogue of in-print work by the Hernandez brothers, and maintains an in-store stock of much of that which is out of print as well. The Hernandez brothers, with their work on Love and Rockets and related titles, initiated a new chapter in American popular culture.  By providing a powerful connection between the parallel youth cultures of music and comics, Love and Rockets enabled the respective energies and ideas of each to flow through and invigorate the other, creating a circuit that has now become a permanent fixture on the American scene.  And this isn't just a matter of being in the right place at the right time, either.  The level of excellence embodied in the work that has been and continues to be produced by the Hernandez Brothers is simply unparalleled:  The degree of personal introspection that is channeled through the characters, the mastery of craft in the service of expression, the aspiration to achievement, the sincerity of purpose -- nowhere else in the world of comics (and few places anywhere in the world, for that matter) does it all come together as successfully as it does in the pages of Love and Rockets. 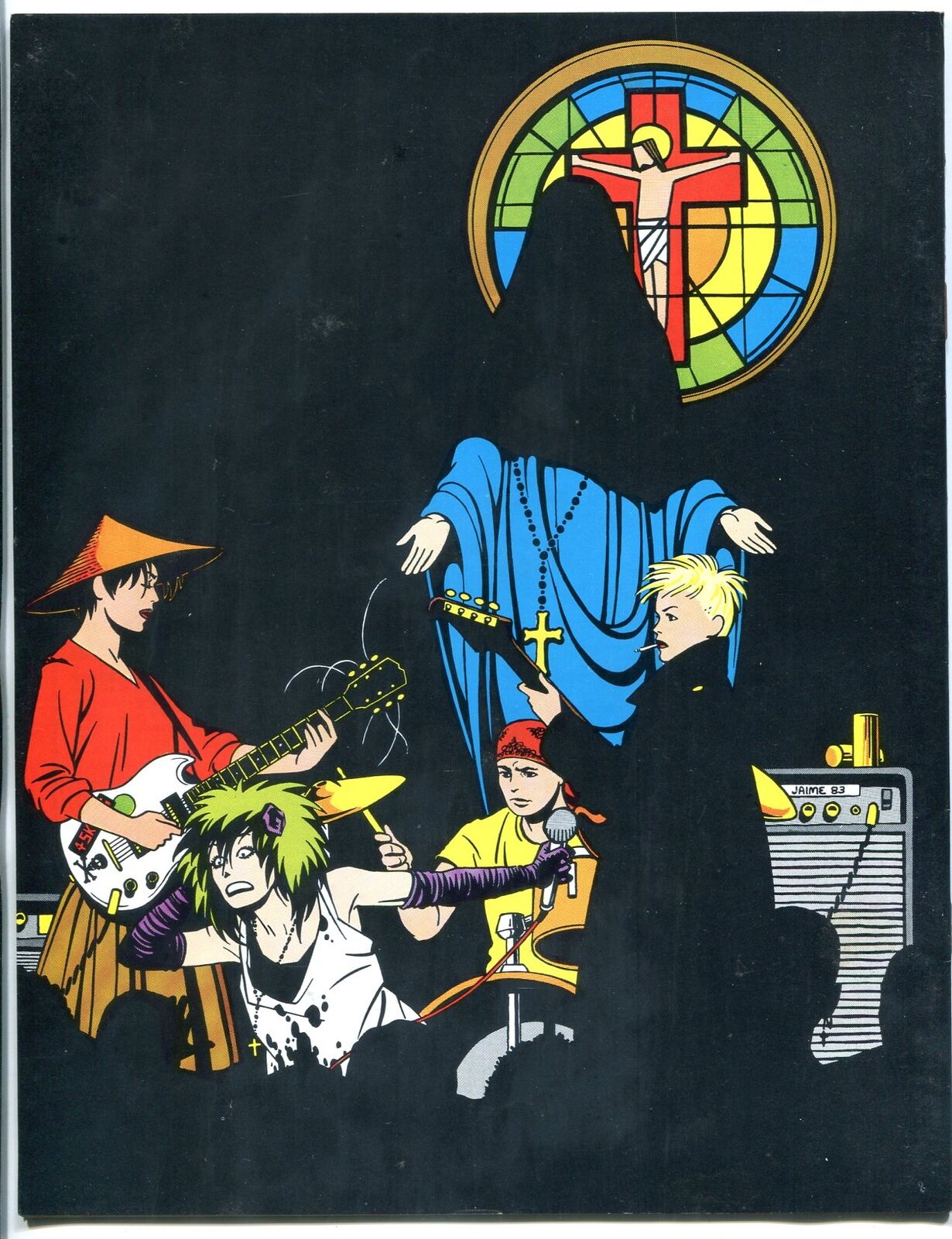