TWO new comics in from John Porcellino in one day!  The latest issue of King-Cat Comix & Stories... 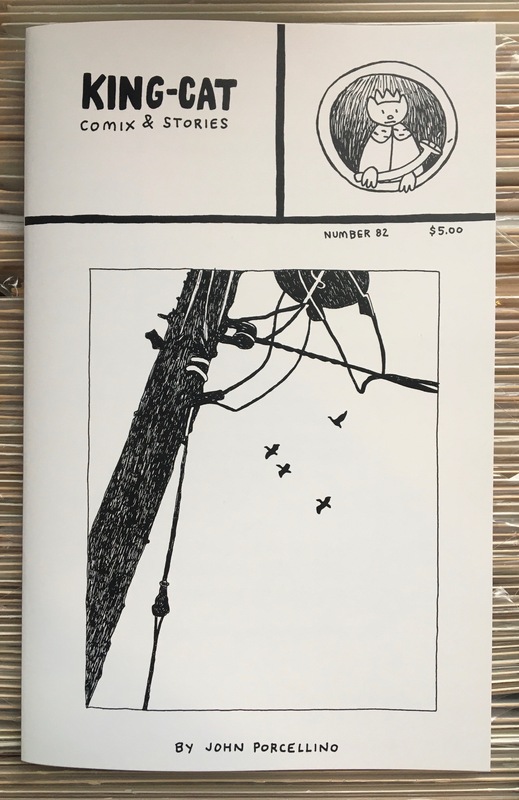 AND his collaboration with poet, Stefen Lorenzutti, The Stoneware Jug. 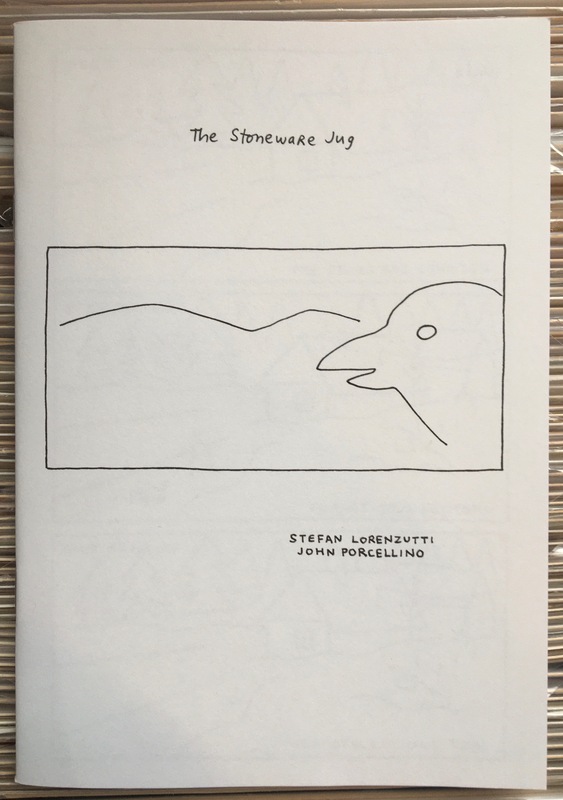 In the shop and on the site.

The Shop Is CLOSED on Monday, January 16 in Observance of the Martin Luther King, Jr. Holiday 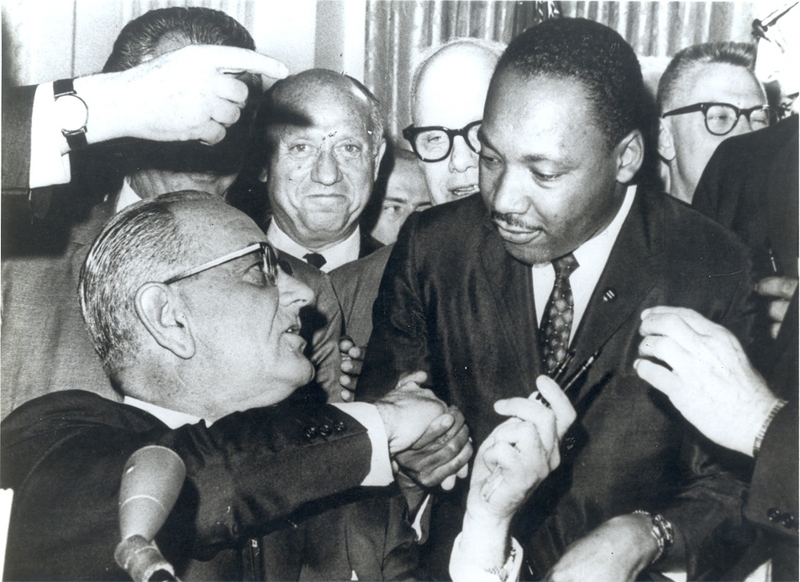 
As most watchers of this space are likely already aware, Love and Rockets, the masterpiece of comics by Gilbert, Jaime and, as the just released box set shows, also Mario Hernandez, is the mainstay publication here at Copacetic, where it has been central to the shop's identity.  And so we'd like to hereby join in the celebration of its fortieth (how?!?) anniversary!

First off, there is the hour-long PBS documentary, produced by KCET in SoCal, HERE.

Then, there are the articles acknowledging the significance of Love and Rockets in The New York Times, The New Yorker, The Los Angeles Times, NPR, and doubtless other outlets as well. 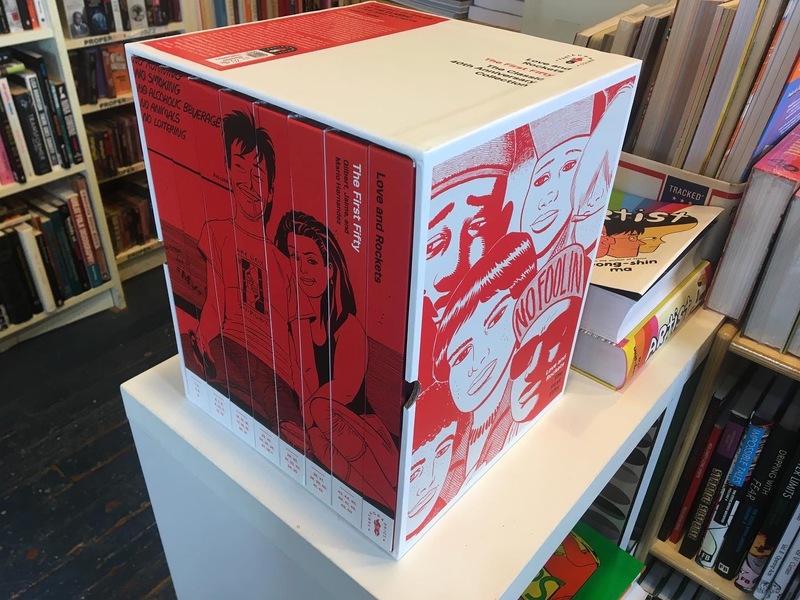 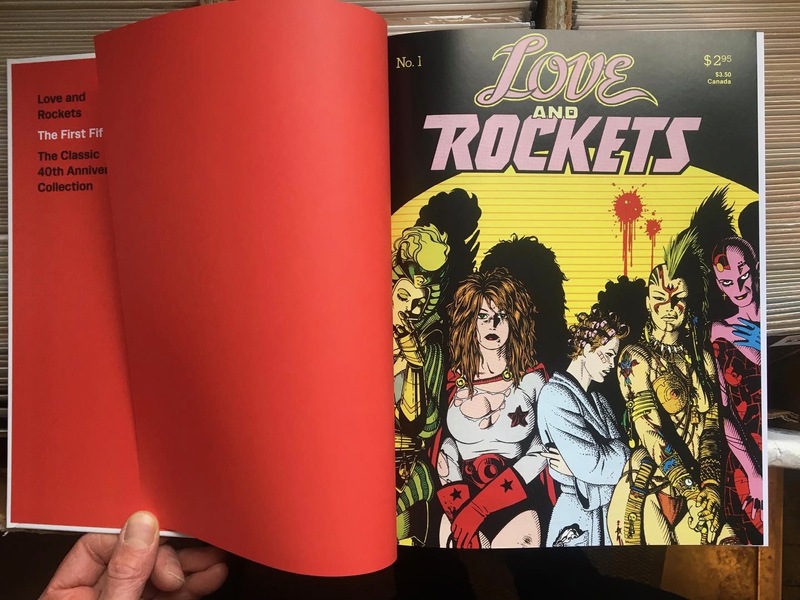 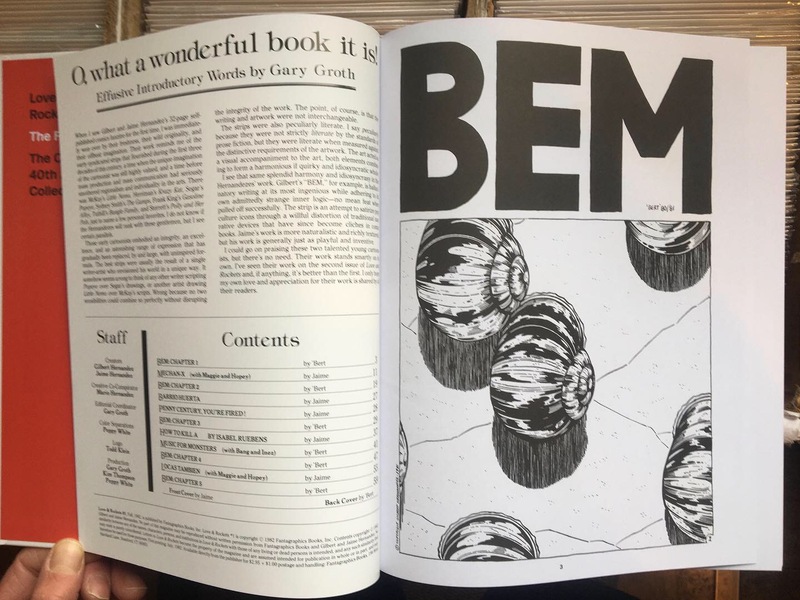 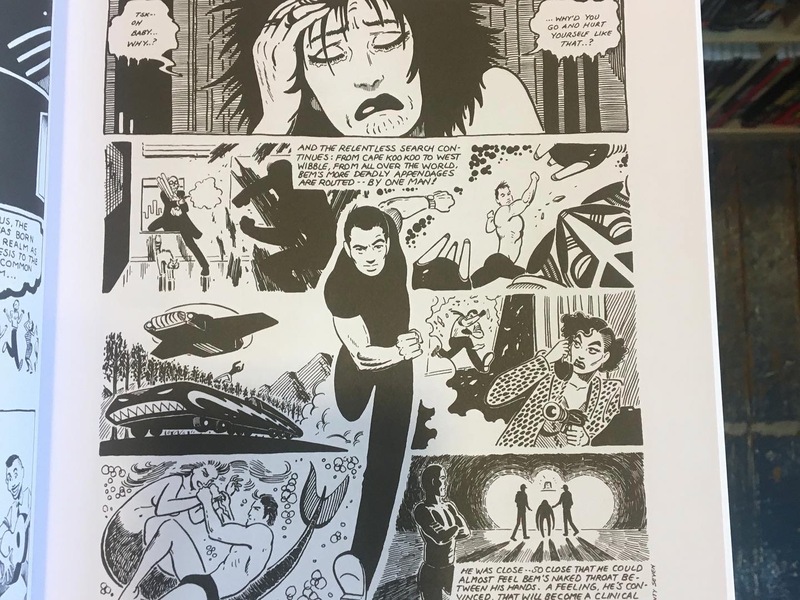 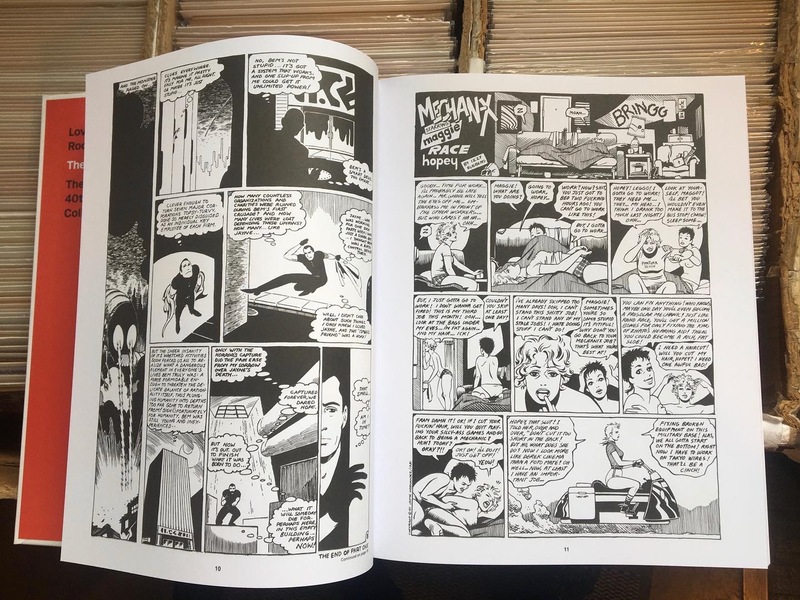 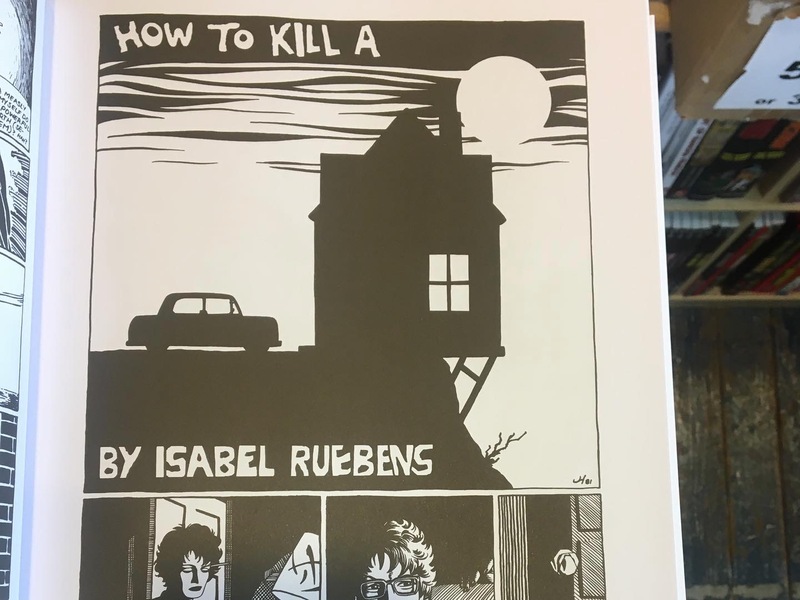 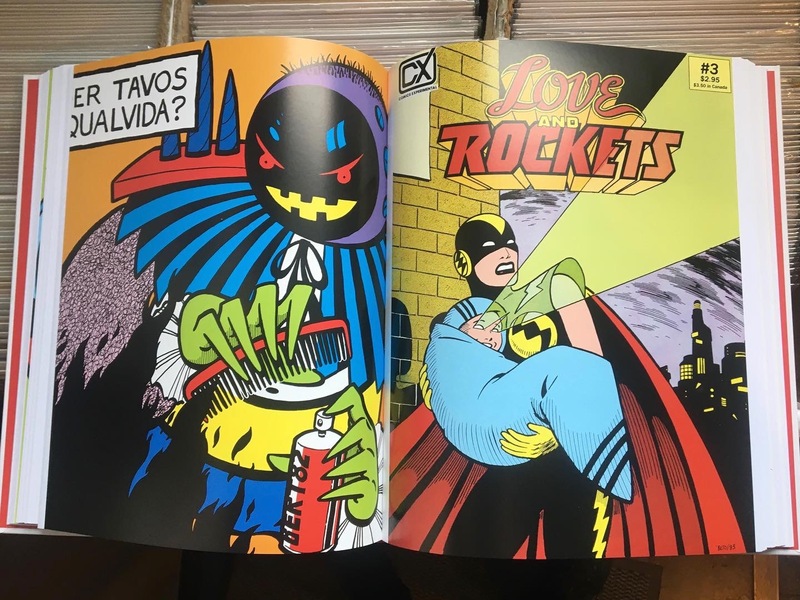 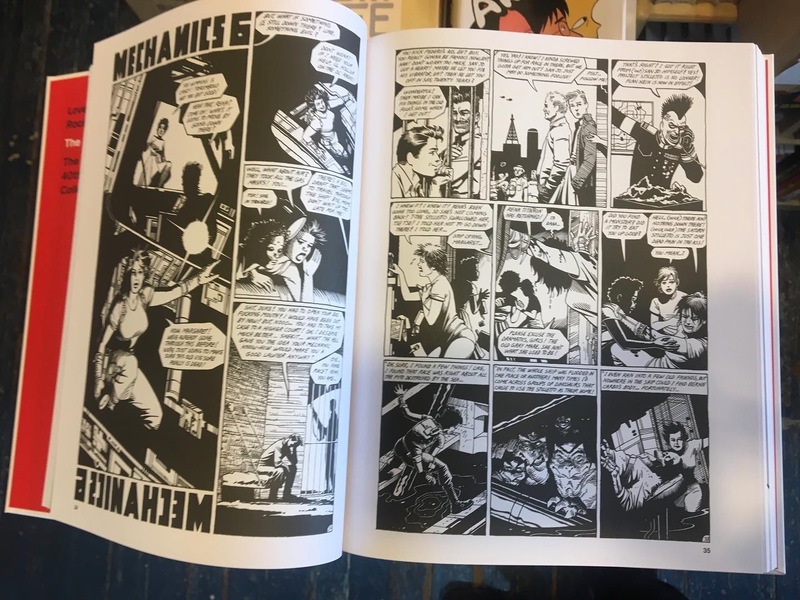 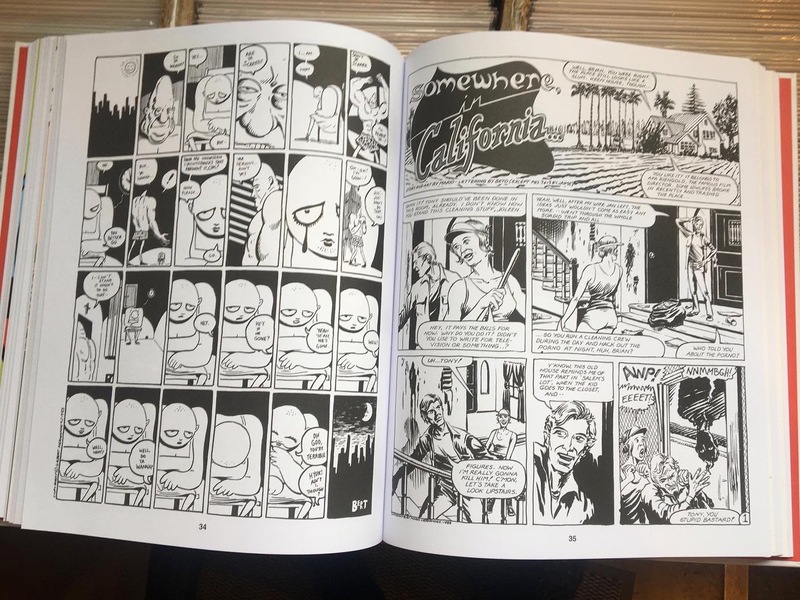 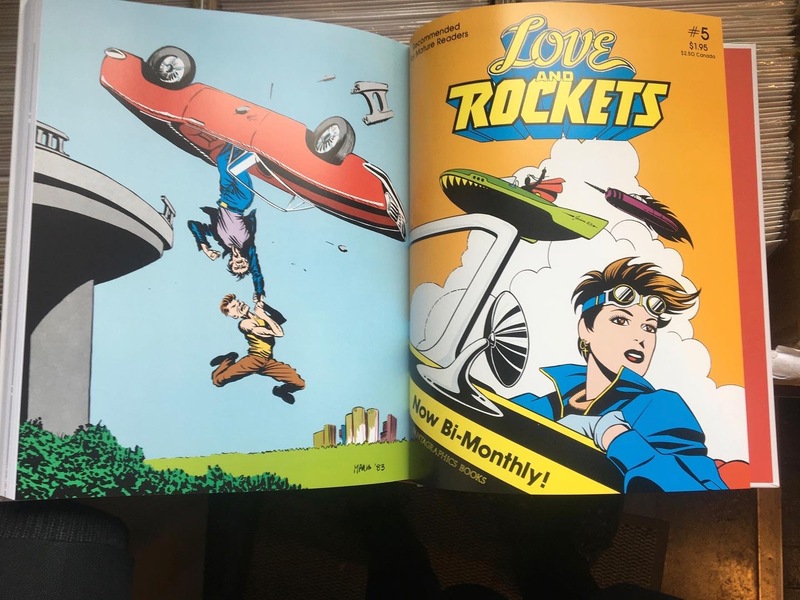 The shop will be open regular hours (see hours on sidebar at right) after Christmas – except CLOSED on New Year's Day and on Monday, January 2 (the day the New Year's Day Holiday is officially observed).  HAPPY NEW YEAR!

And now, for your diversion, here's a look at a big stack of Classics Illustrated that just came in, all of which are between sixty and seventy years old, and some of which feature great art by recently out of work former EC artists like Joe Orlando, George Evans, George Woodbridge and Reed Crandall! 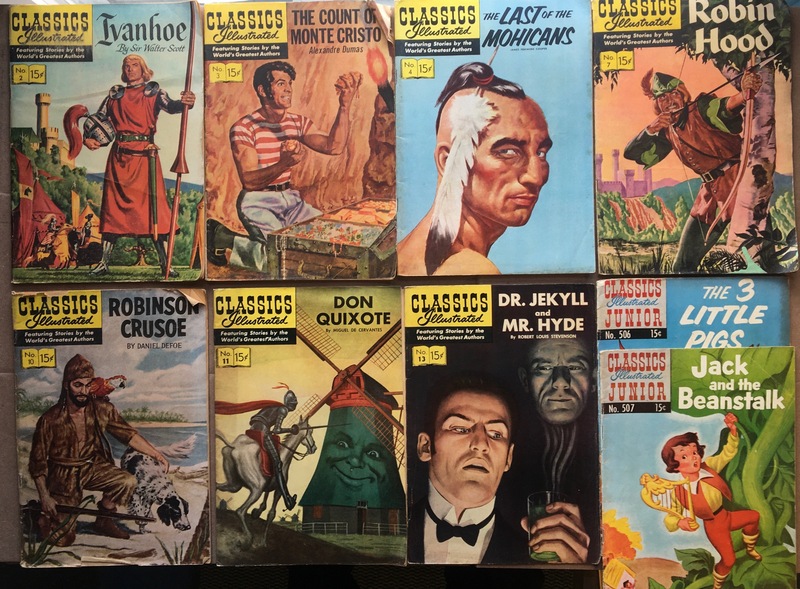 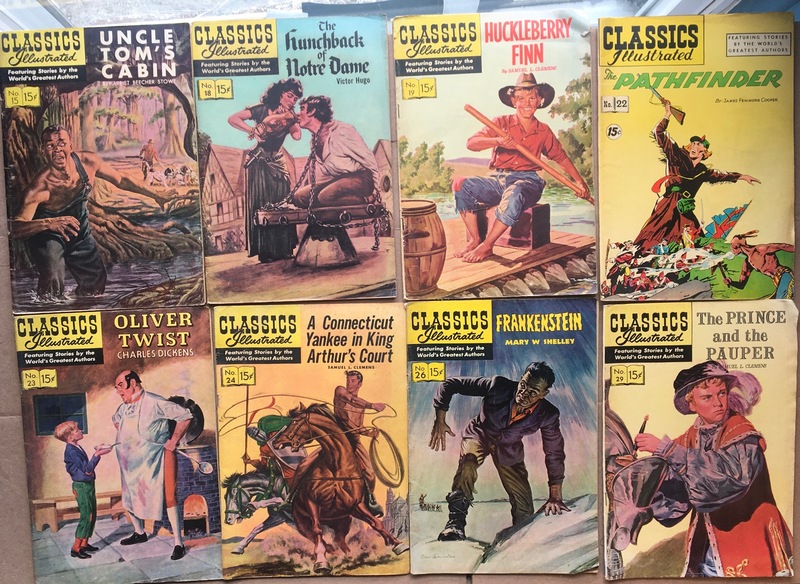 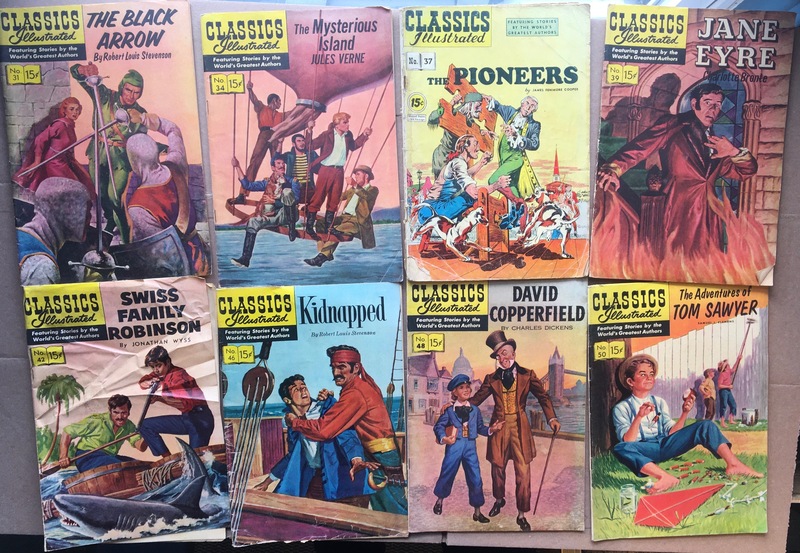 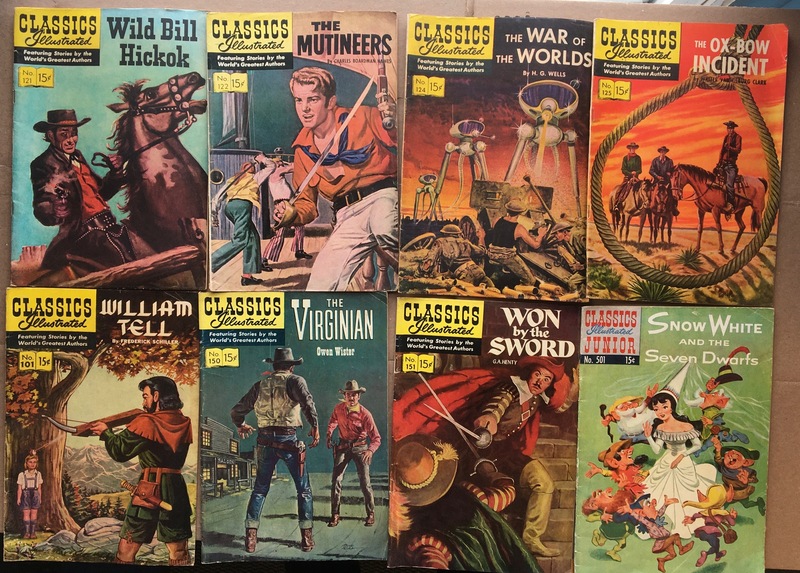 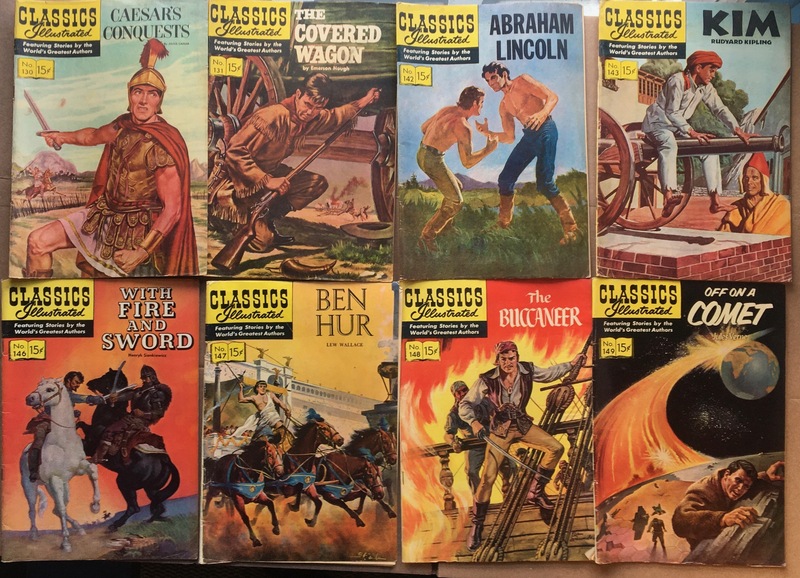 
Pictures of the Floating World: An Introduction to Japanese Prints by Sarah E. Thompson | published by Abbeville

Ukiyo-e prints, which are a big favorite here at Copacetic, first and fore,ost due to their innovative formal qualities, amazing hand-crafted beauty, and sensuous æsthetic appeal, but, importantly, also due to their providing so much to the development of manga – not to mention the development of post-impressionism, especially via Vincent Van Gogh –  and given the historical similarities in the respective developments of ukiyo-e and comics.

A great number of books have been published over the years on these prints and the artists who made them, but this one really stands out. It is printed in the traditional Japanese style known as fukuro-toji, with a sewn binding and a slipcase, the latter of which allows for the inclusion of a translucent envelope containing three 6" x 8", suitable-for-framing prints.  The book itself has a very strong tactile appeal.  The contents primarily consist of gorgeous full color reproductions of Ukiyo-e prints and related artworks, but also includes a substantial text on the history of the form along with plenty of sumptuous, full color reproductions.  A real pleasure to hold and peruse.  Take a look! 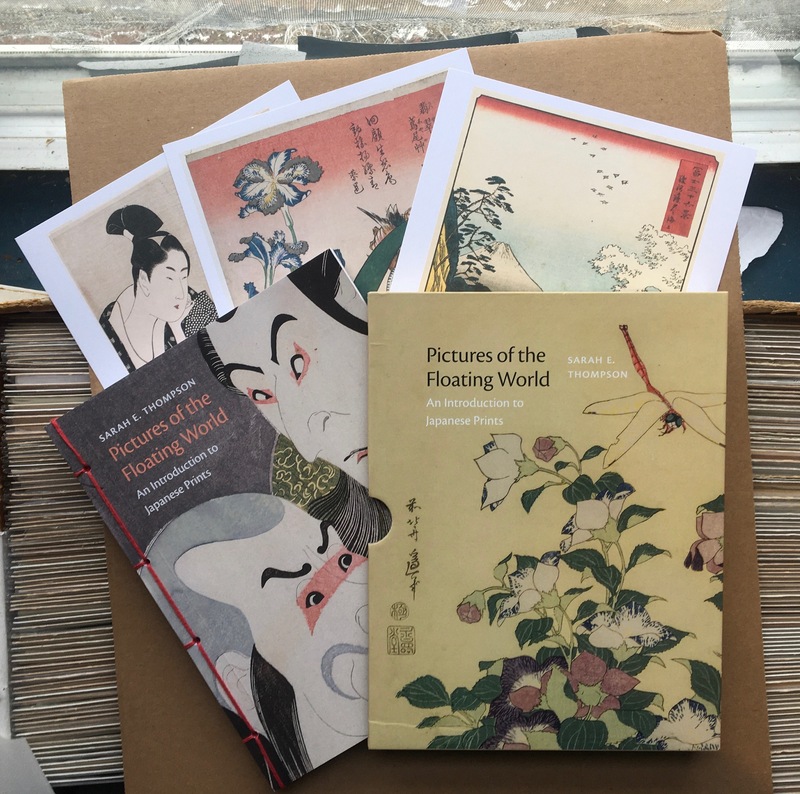 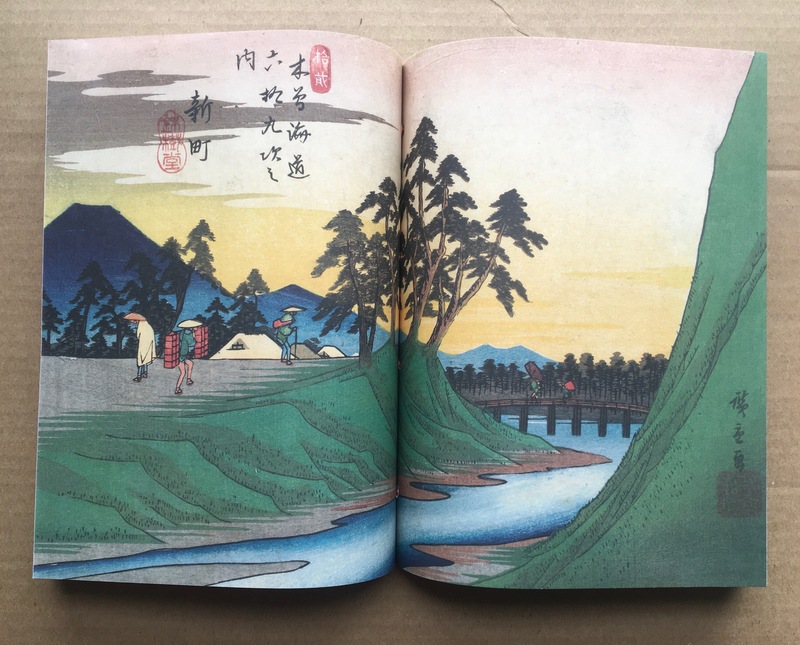 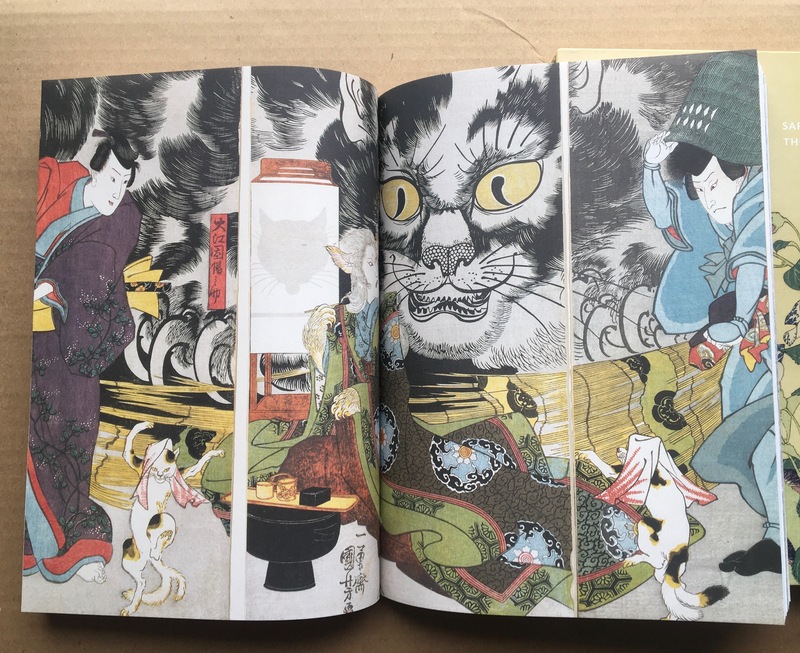 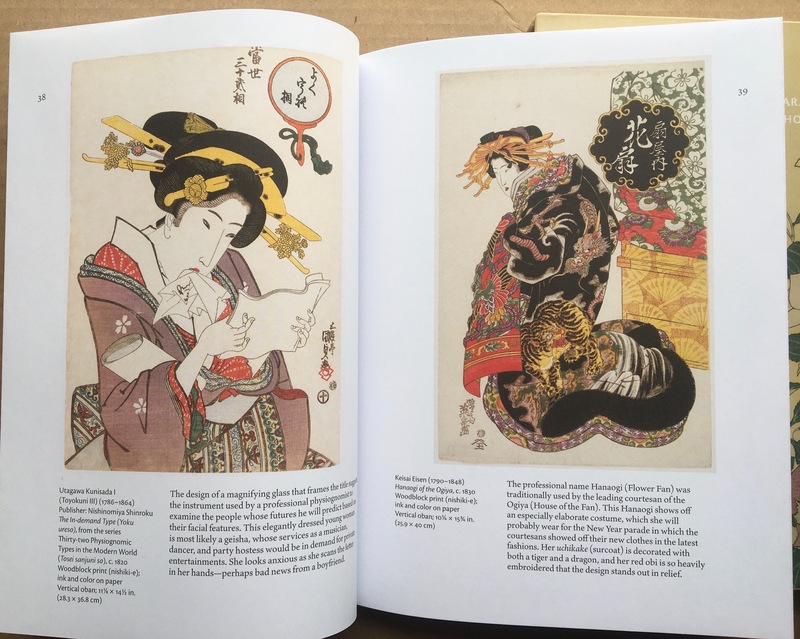 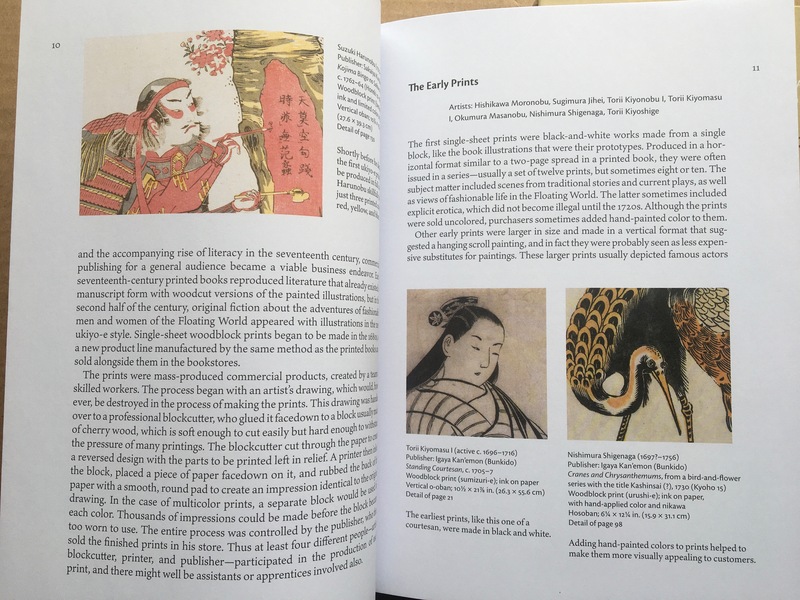 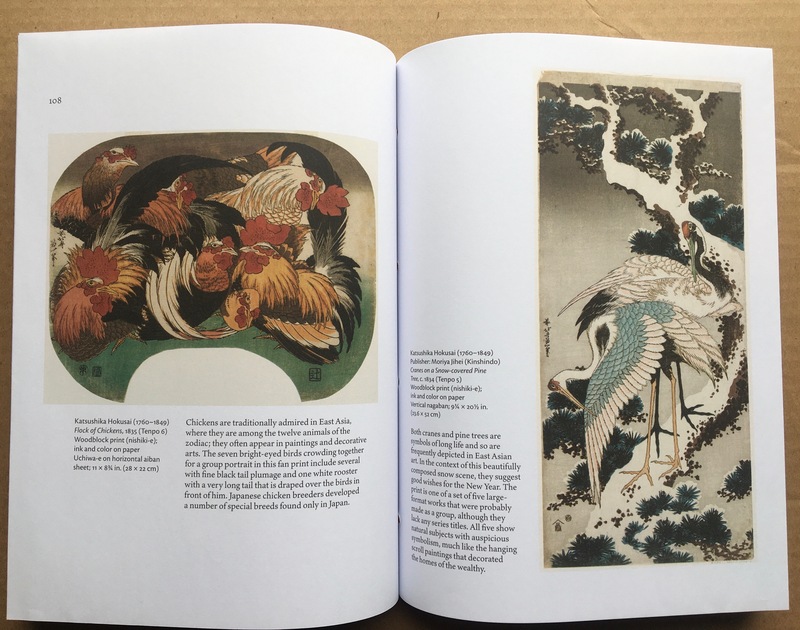 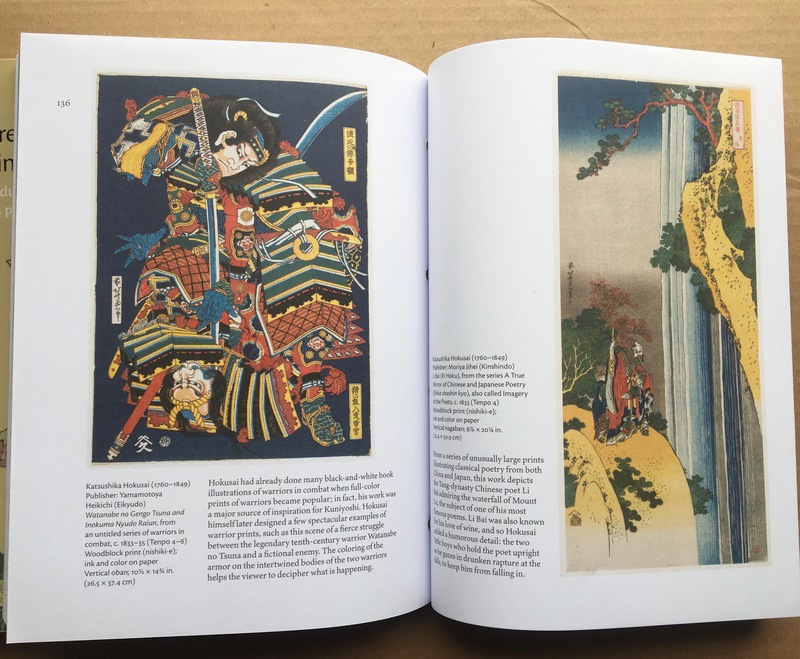 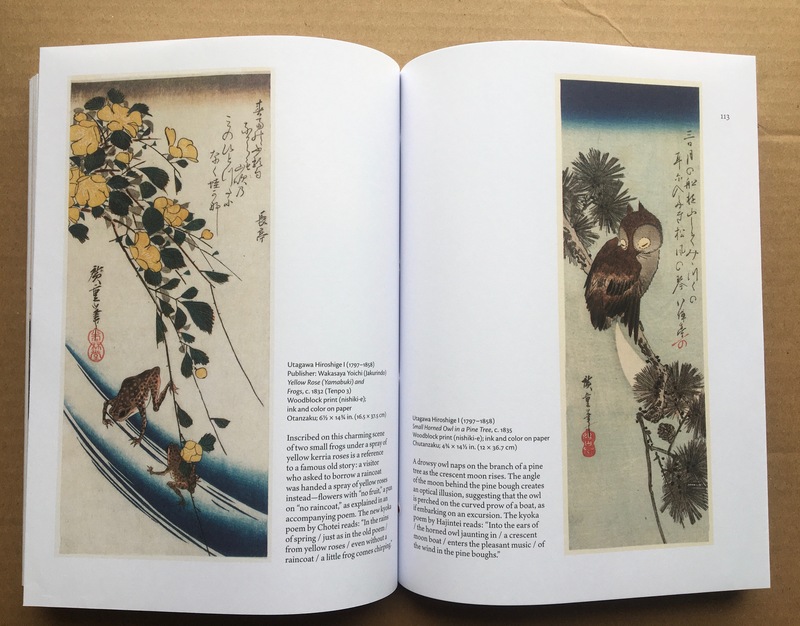 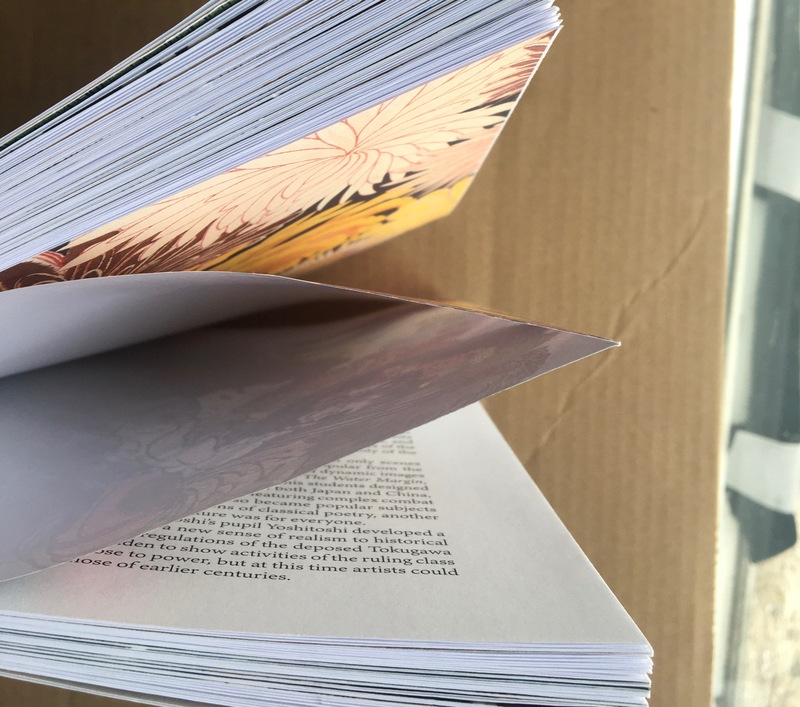 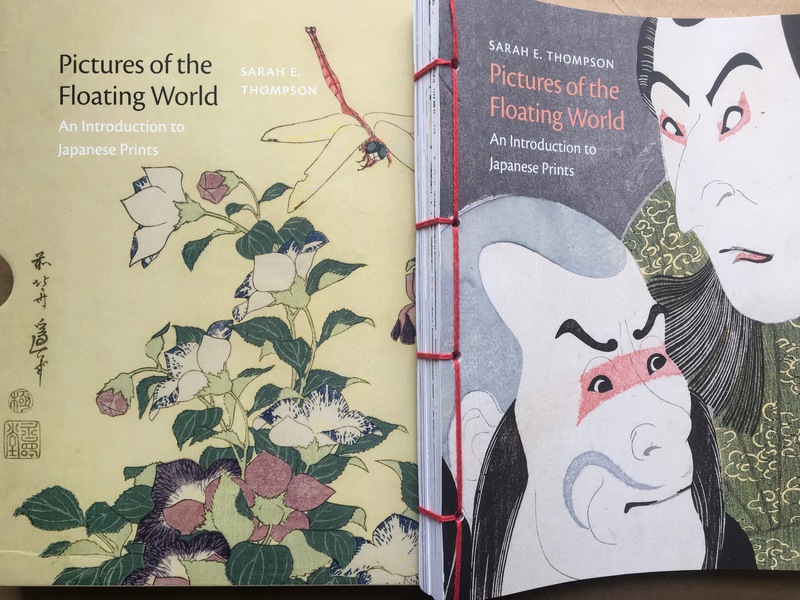