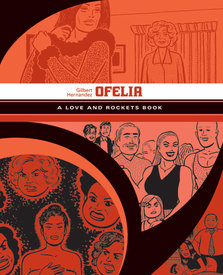 248 more pages of the epic Luba saga are now available in this just released collection, the eleventh volume of the offical Love and Rockets Library series.  This volume picks up where Luba and Her Family leaves off and also contains work that was originally created and published in the late 1990s, during the hiatus between the first and second volumes of Love and Rockets, collecting the comics that appeared in the pages of Luba #3 - 9, Luba's Comics & Stories #2 - 5 and Measles #3.  Dark impulses lead to violence and despair, are channelled through sex, role playing and other games, occasionally leading the players to the light of recognition and realization in these engrossing tales in the great sopa de la gran pena tradition.

This item belongs to the categories: Collections, Copacetic Select, Graphic Novel
This item is part of the series: Love and Rockets
You may also enjoy these related titles: