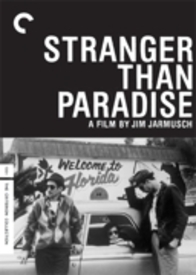 Accompanying the aforementioned release of Night on Earth is the film in which Jarmusch first forged his idiosyncratic, humorous and insightful brand of alienation and came into his own.  Stranger than Paradise established Jarmusch on the indy film scene and its success enabled him to pursue his vision; which he has vigorously done ever since, creating a singular body of work that  includes some of the most memorable films of the last twenty years.  Also included on this 2-disc Criterion edition is Permanent Vacation (1980), Jarmusch's first feature film, which has never been widely distributed and will be first seen here by most.

Night on Earth
Coffee and Cigarettes