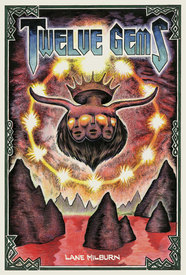 Four years in the making, Twelve Gems jolts the science fiction adventure comic book back to life!  An important classic form of comics, the science fiction adventure goes back to the very beginning of comics – think Flash Gordon and Buck Rogers – and had its heyday during the "Atomic Age" of comics (1946 - 1955), most notably in the comics that were part of the EC Science Fiction line, particularly Weird Science and Weird Fantasy, where artists like Wallace Wood, Al Williamson, Joe Orlando and Al Feldstein apotheosized the genre.

Lane Milburn is an independent cartoonist currently living and working in Chicago, who came out of the Baltimore-area independent comics scene, where he first rose to prominence as a member of Closed Caption Comics, an informal group of comickers that clustered together in the orbit of the Maryland Institute of Contemporary Art (aka MICA), that also included Ryan Cecil Smith, Noel Freibert, Molly O'Connell and Conor Stechschulte.  This group was notably attentive to the craft element in comics production, and produced many treasures, among them Milburn's own The Mage's Tower, which was a big hit here at Copacetic after we picked it up for the shop at the 2008 SPX.  Milburn went on to produce a series of self-published works before before signing on with Fantagraphics.

In Twelve Gems, Milburn has created a fantastic work that is simultaneously a playful homage to the genre; incorporating some of the "Marvel-isms" that were injected into the form in the '60s and '70s by Jack Kirby (primarily in The Fantastic Four and Thor) and Jim Starlin (during his stints on Captain Marvel and Warlock) as it goes along.  The result is a work that can be enjoyed by a diverse body of comics readers, ranging from old school fans of the form all the way through to newbies who just saw the Guardians of the Galaxy movie.  Fantagraphics has kindly posted a hefty 23 page PDF preview that amply demonstrates Milburn's old school comics chops, and will have any long suffering comics fan pining for the days of yore slapping their forehead and thinking, "How did I miss this one?!"  –  and will also allow fresh-faced comics readers to test the waters.  We're confident that many will subsequently decide to take the plunge into the world of Twleve Gems. 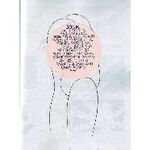