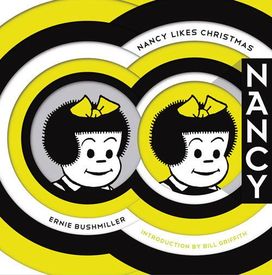 At the opposite end of the comics spectrum from Kirby's epic we have the second volume in the Fantagraphics project to collect the complete run of Nancy daily strips by Ernie Bushmiller.  As with the first, this volume presents three full years worth of the definitive newspaper comic strip meditation on the quotidian.  Nancy Like Christmas collects the entirety of the dailies published in 1946, 1947 & 1948 – save for two strips, which they were unable to track down!  This volume also features an introduction by Zippy the Pinhead creator, Bill Griffith.  A staunch defender of Bushmiller's value as a cartoonist, Griffith has repeatedly ridden to his defense bearing Nancy's standard.  After reading his eloquent introduction to this volume a renewed (or newfound) respect and admiration for Bushmiller will blossom in every reader.  While we don't know – but can certainly hope – whether or not Bushmiller would be able to appreciate the manner in which Zippy embodies and articulates the absurd, it is nonetheless certain that Zippy is informed by insights Griffith has gleaned from Nancy.  So, get ready for another three years of archetypal continuities featuring those pen and ink paradigms, Nancy and Sluggo, written and drawn by that master of panelogical rhythm, Ernie Bushmiller.

Yes, we still have (a few) copies!

Nobody's Fool: The Life and Times of Schlitzie the Pinhead 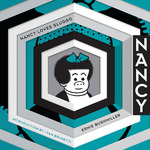