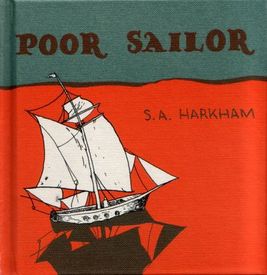 While he is most widely known as the editor and erstwhile publisher of Kramers Ergot, Sammy Harkham is a talented cartoonists in his own right, and his most notable achievement, Poor Sailor, which was originally published as the centerpiece of the classic but now out of print Kramers Ergot 4, is now available as a stand alone hardcover from Gingko Press, the current publishers of Kramers Ergot.  This elegy to regret is here presented in the single panel per page format that has been gaining some well deserved currency, and it definitely gains something over its initial appearance as a result.