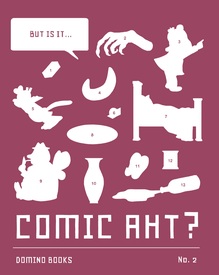 -A front cover by Lilli Carré and a stunning back cover by Chris Cilla.

-an in-depth, career retrospective interview with Anna Haifisch, the cartoonist behind The Artist and Von Spatz

-one of the best comics critics in the world, Bob Levin, writes about his 'top 5' EC artists, and why Johnny Craig isn't one of them

-David King brings us a docu-comic on Keith Giffen

-writing on process from Olga Volozova

This item belongs to the categories: Journalism & Travel, Small Press Comics
You may also enjoy these related titles: