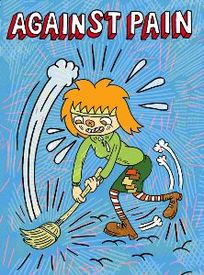 This book is a gift to the long suffering Rege collector as it assembles all his far flung contributions to other publications such as Kramers Ergot, McSweeney's, The Ganzfeld, Rosetta, and many, many others.  It also includes the out of print stand alone comic, Boys, that was co-created with writer Joan Reidy.  This is an oversize hardcover volume that presents most all of the works as they originally appeared -- whether it was black & white, full color, or Regé's own pastel duotone -- but at a larger size than they have previously been seen, which can - and does - make old work new again.  Regé's work is singular in the intensity of its emotional clout.  He is clearly an artist who has sufffered and who strives to work through his suffering in an attempt to create an artistic catharsis that with be emotionally purgative for his readers as well as for himself.

This item belongs to the categories: Gift Catalogue, Collections
You may also enjoy these related titles: