This collection of works from the early 1980s by Millhauser starts off with August Eschenburg, a prototypical tale which serves as the template for several later Millhauser works, most notably Martin Dressler (see below).  The middle section is composed of three stylistically linked forays into the classic short story mode, each of which stages an elaborate wedding of location with season to produce an exquisite evocation of an exact yet unnameable emotion, and each of which manages to pull it off.  The stories that will really having you reaching for the champagne to celebrate their success, however, are the three that close out the volume, and most especially the titular tale, In the Penny Arcade.  This story reaches the summit where so many others have fallen short in capturing that oh-so-elusive scene in which childhood ends.  It distills this instant in an essence that is as momentous as it is bittersweet.  This story is bracketed by a pair of equally successful distillations, first of childhood, and the other of tradition.  This book is a treasure. import softcover

Voices in the Night 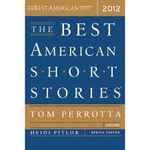 We Others: New and Selected Stories

Martin Dressler: The Tale of an American Dreamer

Edwin Mullhouse: The Life and Death of an American Writer 1943 - 1954 by Jeffrey Cartwright