Iggy and the Stooges
2 items found:

Raw Power by Iggy and the Stooges
Iggy and the Stooges
What can we say about this that hasn't already been said?  How could we not want everyone to have this in their library? This deluxe 2-CD reissue restores and remasters the original Bowie/Iggy mix on Disc One, and on Disc Two we are presented with a (relatively) good quality one-hour recording of a live Raw Power-era (October 1973) Iggy and the Stooges show in Atlanta, GA – AND two previously unreleased bonus tracks from album sessions and rehearsals!   "I am the world's forgotten boy, the one who searches only to destroy."  Creative destruction, indeed.
copacetic price $17.77 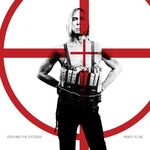 Miraculously, after two decades of less than stellar recordings, Iggy has managed a return to form here on this album, produced at age 65 and released close on the heels of his 66th birthday.  This is doubtless due in no small measure to the return of James Williamson on the heels of the multi-year reunion of Iggy with the (almost) original Stooges line-up. The presence of the Ron and Scott Asheton was not enough to save The Weirdness.  Ready to Die is another story, however.  Backed by James Williamson on multiple-tracked guitars, Scott Asheton on Drums, Mike Watt on Bass and Steve Mackay on Sax (of which there is plenty) as well as a number of guest appearances, including one by Scott Thurston, Iggy delivers up his best new material and performances in over two decades on this ten track album.  Anyone so inclined can check out the recent live performance courtesy of NPR (The Stooges and NPR?  Who knew?)