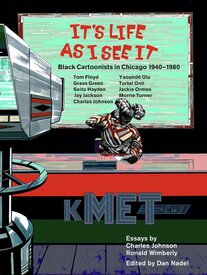 It's Life As I See It makes for an inspiring reading experience, educational and entertaining in equal measure.  Even more, it is a revelation.  There will be very few readers indeed who willl have previously encountered much of the material presented in this volume.  While many, for example, may be familiar with Morrie Turner's Wee Pals, few will have read strips from its earlier incarnation as Dinky Fellas, which appeared exclusively in The Chicago Defender – which also published much of the other material included in this volume.

Edited by Dan Nadel, noted scholar and curator of comics, fine art, and – most notably – their intersections, It's Life As I See It is the companion volume to Nadel's 2021 exhibition at the Museum of Contemporary Art Chicago, Chicago Comics: 1960s to Now, but, as its subtitle indicates, the work assembled here dates from 1940 to 1980, and focuses solely on Chicago's black cartoonists.

Included along with the aforementioned Morrie Turner, is the work of other renowned black cartoonists, such as Jackie Ormes, Grass Green and Charles Johnson (who is more widely known as a National Book Award-winning novelist), along with lesser known – but equally talented – cartoonists such as Tom Floyd, Seitu Hayden, Yaoundé Olu and Turtel Onli.  Here at Copacetic, the biggest revelation of all was Jay Jackson's adventure strip, Bungleton Green and the Mystic Commandos, which ran weekly in The Chicago Defender, and of which a full nine months of continuity from 1944 are collected here.  What we have to say about these strips can be summed up in one word:  "Wow!"

In addition to all the comics work noted above, there is an essay "My Life as a Cartoonist," by Charles Johnson, an afterword by Ronald Wimberly, an overall introduction along with individual introductions to each cartoonist's work by Dan Nadel, and an amazing cover by Kerry James Marshall.  Need we say more?

This item belongs to the categories: Classic Comics Collections, Gift Catalogue, History & Biography
You may also enjoy these related titles:

All Your Racial Problems Will Soon End: The Cartoons of Charles Johnson 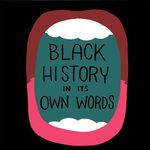