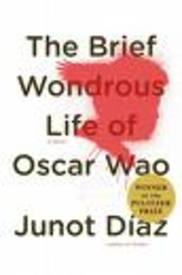 What can you say about a book that opens with a Galactus quote from Fantastic Four #49, drops more comics references  -- particularly to the classics of the 1980s -- than any novel we've ever read, clearly shows the influence of Gilbert Hernandez's Palomar and, especially, Luba stories, AND won the Pulitzer Prize for best novel of 2007?  We'd say, "This is a must read!  Particularly suitable for fans of Jonathan Lethem's Fortress of Solitude and Michael Chabon's (also Pulitzer Prize winning) The Amazing Adventures of Kavalier and Clay."  And then we'd add:  The Brief Wondrous Life of Oscar Wao is a gigantic meditation on the inner life of the fanboy.  Its subject is disguised in some ways and blatant in others, but it is on every level derived from and is filled with insights into the role that comics and its partners in geekdom -- SF & fantasy, videogaming, role playing, etc -- play in bearing the costs of the sins of the world, especially those sins of the father (figurative as well as literal) that are visited on the son.  Clearly, most readers won't see it in this light to the same degree, but we feel compelled to harp on it as this book won the Pulitzer, and while its author, Junot Díaz, is clearly chock full of talent and developed a strong and engaging voice that made the novel a pleasure to read, and of course deserves all the credit for putting pen to paper and creating it, it owes its key insights to comics -- especially to Gilbert Hernandez, from whom he derived his narrative strategy, but also to Chris Ware (whom he intriguingly neglects to give any props to [unless we missed them], perhaps indicating a guilty conscience?) for providing the central insights into the soul of the fanboy.  From these two he derived the deep structures that underpin the entire work, but its surface is peppered ceaselessly throughout with references to comics (and Tolkien, science fiction, etc.) and as a whole provides yet another example of how comics and other narrative sources of fantasy have infiltrated American culture at level after level (and in the context of this novel, it is fairly explicit that America should be considered the entirety of the "new world," extending outside of the borders of the USA).  It's a fascinating fact that California, which became home to the dream factory par excellence, was named after a fictional land depicted in a Spanish novel which was at the height of its popularity when this land was first claimed by Spain, indicating the inextricable bonds between fantasy, reality and history. The Brief Wondrous Life of Oscar Wao continues this long-running tradition.

This Is How You Lose Her 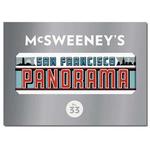