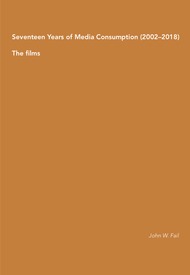 Throughout practically all of human history our sense of selves have been formed primarily within the crucible of our interactions with family, friends and neighbors. We see ourselves in their eyes, in their manner towards us.  Additionally, there have been the institutions of religion and, at least for some, formal education.  Travel was the privilege of the few.  While popular narrative arts, along with religious ritual, have been present for millennia, the rich world of literature was only accessible to that small segment of the population that was highly literate; with mixed results (cue Don Quixote).  The dissemination of printing technology that got underway in the 16th century, was followed by – and/or led to – a steady increase in the availability of formal education to the masses, to whom it eventually became compulsory. This in turn led to the potential for interactions with literary embodiments of culture becoming involved with identity formation within the general population, a potential which was only fully realized with the onset of the mass media.  Since the dawn of the global mass media in the opening decades of the 20th century, and accelerating through the dawn of the information age which is currently in full flower here in the early 21st century, our individual senses of selves – along with our collective sense of self – is ever increasingly being derived from our consumption of and interaction with the calculated constructions – artful and artificial – of mass media.  Newspapers (including the advent of comics), radio and recorded music, motion picture and film technologies, which grew to include sound, and then broadcast in television, and eventually the internet, the web, cellular telephony and the “smart” phone together have brought us to a present in which we are fully immersed in mass media to the point that artfully constructed artificial representations of the world have been increasingly supplementing and may even now be supplanting the world itself… to the point that our sense of selves can be anticipated to at some point – perhaps already reached – consist largely of our consumption of and interactions with mass media.  As mass media morphs into social media, our cumulative consumption of mass media will have added to it the dimension of constituting the formal bases of the identities which we collectively present to one another via social media.

Which leads us to John Fail’s three-volume magnum opus, Seventeen Years of Media Consumption (2002 - 2018): The books; The recordings; The films.  Consumptions of close to 5000 individual works are documented in a work that totals well over 1000 pages.  Each interaction with a particular work is noted and described.  In those instances where the interaction involves and/or is dependent on and/or related to an interaction with another work (or works), this is noted, and the other work(s) is/are referenced.  Taken together these three volumes provide a definitive post-modern self-portrait of a citizen of the world as media consumer, and, as such, serve as a fully articulated instance of the process which all of us are currently engaged in, to varying degrees.

• >>>  Please note:  we are offering a special price when all three volumes are purchased together, HERE.